August 26th, 2018, it does not only guess who are the winners, but also enjoy the whole events for the good games. In Women 75kg Category, there is nobody to compare with Rim Jong Sim, DPR Korea, who lifted Total 263kg and it is more than the second 26kg! As a result, the today highlight are the silver competition between Otakuziyeva Omadoy (UZB) and Mun Minhee (KOR), they were neck and neck until it ended with Otakuziyeva who could lift more that Mun only 1kg. It was so excited!

The next heavy event is Men 105kg Category. Nurudinov Ruslan, the Uzbek powerful lifter, showed his amazing performance with breaking the Asian Games Record in C&J and Total. He absolutely won the games without a doubt. The silver belonged to Alaifuri Salwan Jasim Abbood (IRQ) and bronze for Hashemi Ali (IRI). Tomorrow will be the last day of weightlifting, let’s follow to see who will be the next ASIAN GAMES Champions!!! 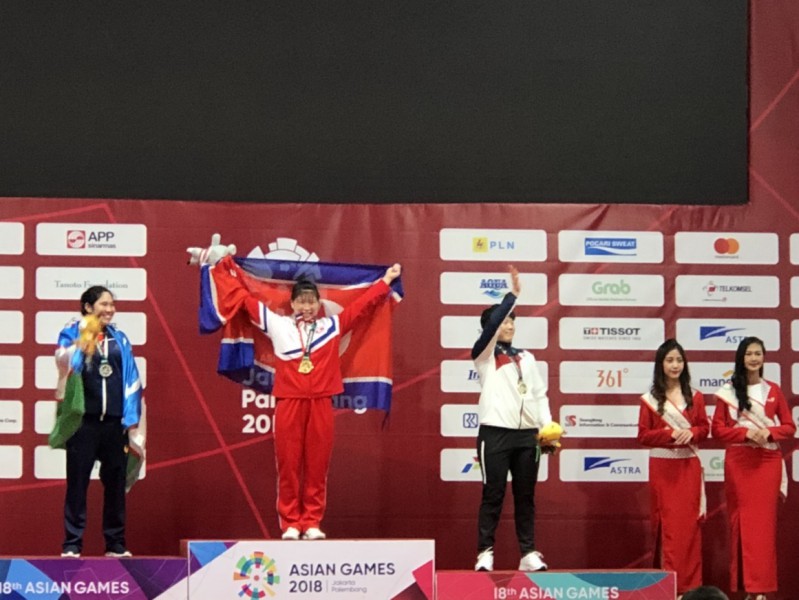