First Gold for Nepal Lifter in Women and 4 Gold for India!!

6th December 2019, Let’s celebrate for Nepal team, the first time of Gold medal for Women in the major event, also India team did great jobs with 4 Gold. Moreover, Bhutan lifters started their first step of international competition in this games.

In Women 59kg, there is the national record of the host country because SANJU Chaudhary (NEP) won the first Gold – 171kg in the major event for Nepal weightlifting team. R.M.N.S. Rajapaksha (SRI), the second, beat FAYEMA Akther (BAN) only 1 kg when she lifted 161kg.

The last event of day was Men 61kg and SIDHANTA Gogoi took the forth Gold for Indian team. SIDHANTA lost in Snatch, but the Total result, 264kg, was enough for the Gold medal. D.K.T.W. Palugashinghe (SRI) lifted 263kg, only 1kg less, and 235kg for MOSTAIN Bella (BAN) in the third place. 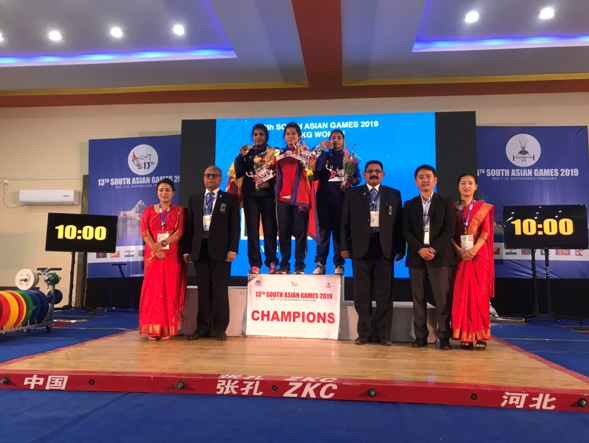 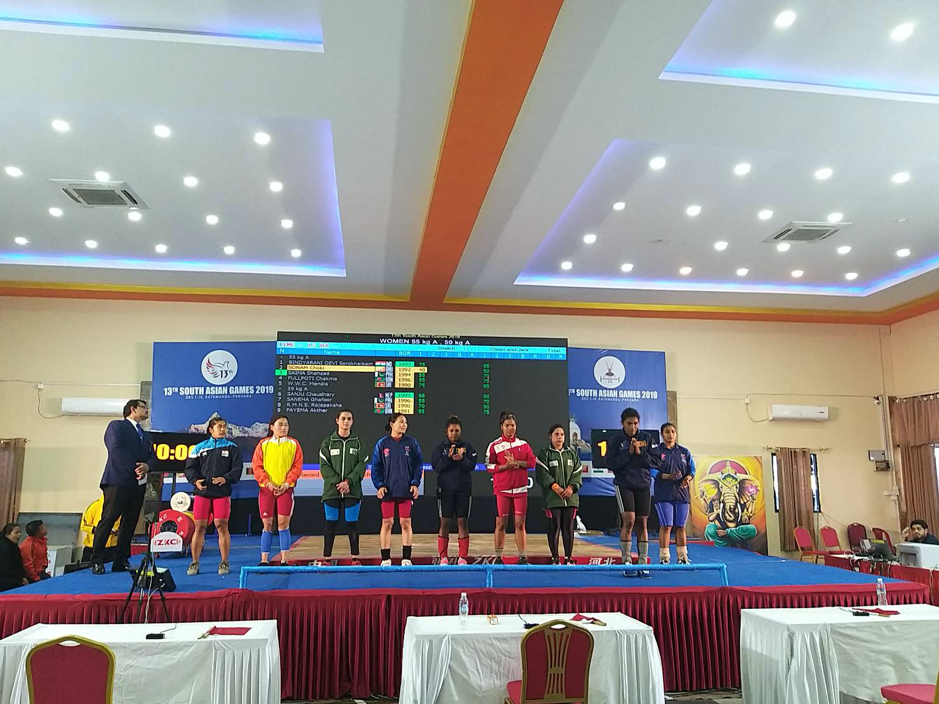