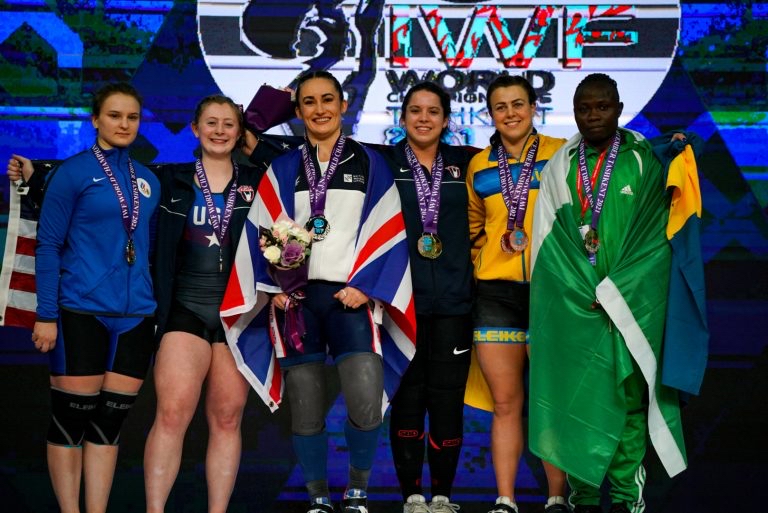 The seventh day started with Men 89kg. In Snatch, Andrenik Karapetyan (ARM) lifted 175kg for Gold while Revaz Davitadze won Silver with 171kg. The Bronze went to Dongju Yu (KOR) 167kg. In C&J, Yu also won Bronze with 204kg and Silver belonged to Sarvarbek Zafarjonov, the host. Artem Okulov (RWF) won the first with same 205kg. In Total, Yu won with 371kg while Zafarjonov had the same total however as he lifted his C&J later than Yu, he placed second. Bronze went to Revaz Davitadze (GEO) with 370kg.

Meredith Leigh Alwine (USA) did good with 135kg as the first. As a result, Alwine won with 235kg, Davies took Silver with 234kg and Strenius (SWE) finished with 231kg and therefore won Bronze in Total.