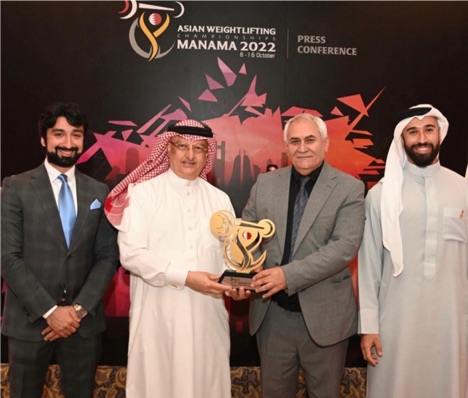 The event will be held under the patronage of His Highness Shaikh Khalid bin Hamad Al Khalifa September 1 at Gilgamesh Hall, Golden Tulip Hotel, to officially announce the Kingdom of Bahrain’s hosting of the championships. The event is organized by the Bahrain Weightlifting Federation and supervised by the Asian Weightlifting Federation from October 6 to 16, at the Crowne Plaza Hotel.