Major figures from the International Weightlifting Federation (IWF) and Asian Weightlifting Federation (AWF) visited Jinju from the 20 to the 22 of October 2022. The visits were made by the official invitation of Jinju City and the organizing committee of the 2023 Jinju Asian Weightlifting Championships for promoting Jinju City's charm and discussing agendas to successfully host the Events. A total of eight figures were invited including Mohammed Hasan JALOOD, president of the IWF, Abdullah Mohammed JARMAL, Vice President of the AWF, and Sung-Yong CHOI, President of the KWF.

“We will do our best for making the athletes participate in the 2023 Asian Championships” having meetings, inspections, and forth. 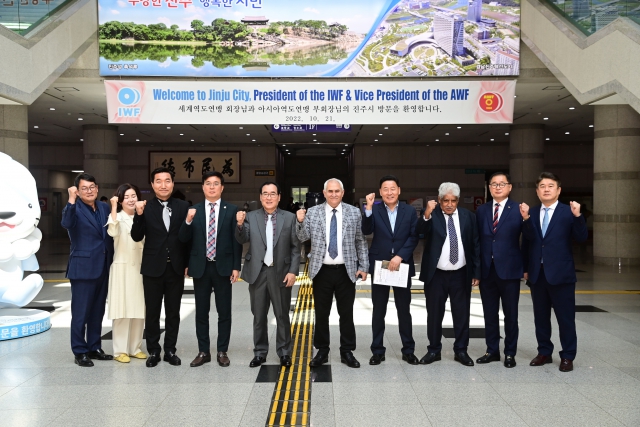 Kyoo-il JO, Mayor of Jinju city, prepared a discussion table and hosted the figures at the city hall's general business room on the 21st,

"As the coming Championships is the first official international sports event in Jinju and an flagship competition to qualify for the 2024 Paris Olympics, we will perform our best excellency in the preparation," he said. "We ask for the warm attention and support from the president of the IWF, vice president of the AWF, and president of the KWF so that all federal members of the Asian Weightlifting can join the event.” 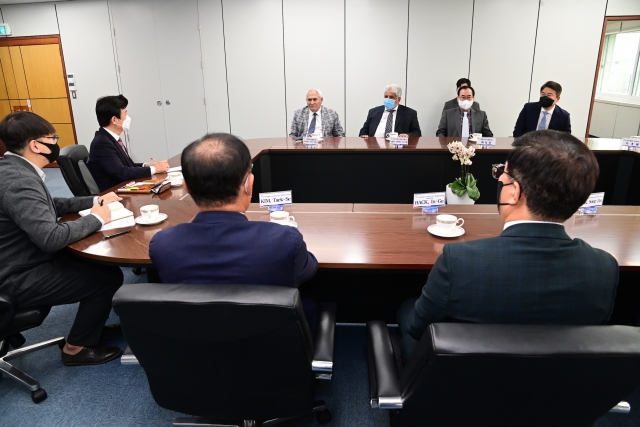 A request from IWF and AWF: Supports DPRK and minor countries for their participation

Abdullah Mohammed JARMAL, vice president of the AWF, said the 2023 Jinju Asian Weightlifting Championships is an important competition to qualify for the Paris Olympics.

“AWF will do our best to help Asian countries enter the event." he said, "We hope Jinju city to fully ready for accommodation, transportation services, and visa issuance so that not only attracts more Asian countries to participate but also be recalled as a magnificent international event.” 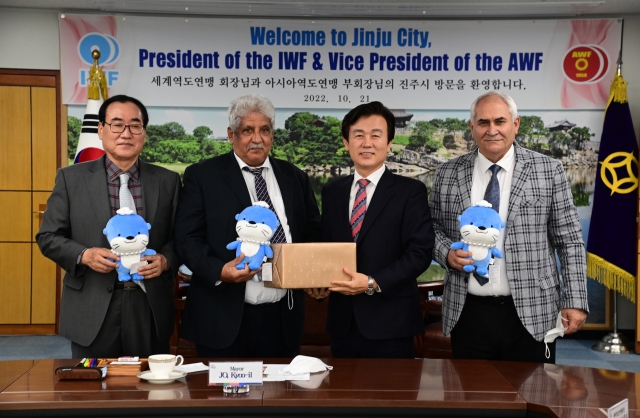 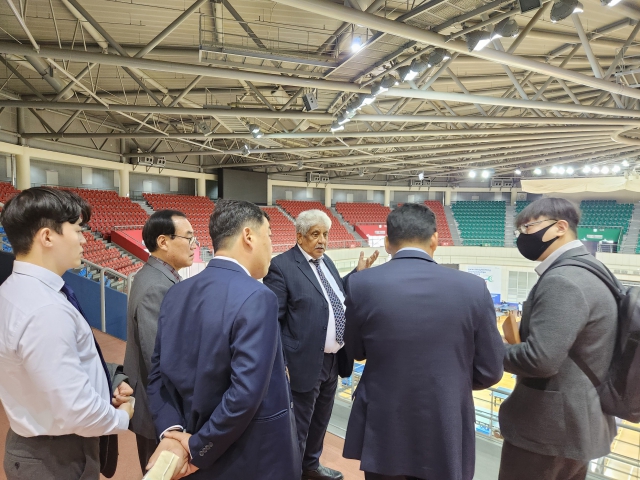